Hitler came to power 80 years ago today. I've just posted a brief rumination on this over at the other blog.
Posted by Yaacov at 10:35 AM 1 comment:

Election day in Israel is a day off for most people. We took advantage of it to see Michael Haneke's magnificant new film, Amour. It's easily one of the best films I've ever seen, though - a word of caution - it's not the kind of film you watch with popcorn.

I'm blogging about it for a profound marginal reason. The entire film takes place in one apartment in Paris; indeed, most of the film is about two people, with one significant guest actor and 4-5 others who each get less than 60 seconds. The outside world is occasionally glimpsed through the windows, but even then, there are light curtains across them. The theme of the story and its power draw from the relentless narrowness of the story, from which there's no way out.

Except for one brief scene, in which George is reading the newspaper to Anne: an item about a visit by Binyamin Netanyahu to Washington.

Of all the story of humanity, the single time the outside world penetrates it's about Israel. The audience in the theater all burst into laughter, which is probably not the effect Haneke had in mind. I don't think it's funny, however. Nor do I think it's really and truly merely a coincidence.
Posted by Yaacov at 6:31 PM 1 comment:

I suppose I should start a photo-blog at Tumblr. But that would be yet another demand on my time. So here are a few pictures from the day after the big snowstorm of January 10th 2013; being Jerusalem and not, say, Chicago, the snow mostly melts within a day or two. 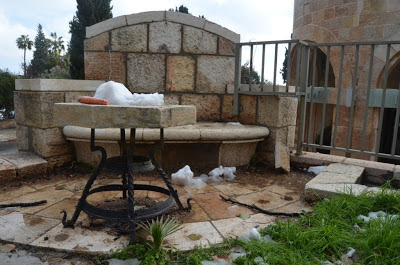 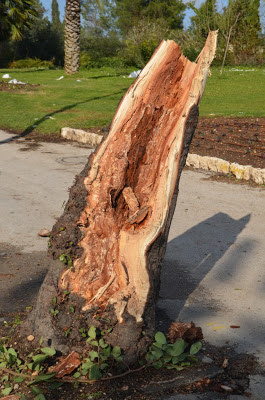 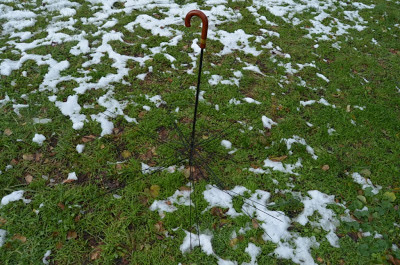 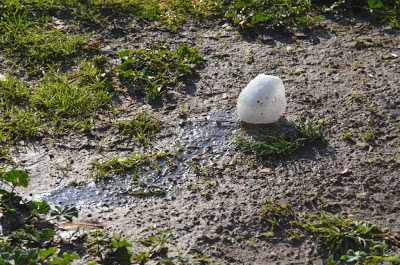 This morning I woke up and decided I've been working too hard, so I'd take the day off. I spent the morning walking around, taking banal pictures of Jerusalem on a typical Thursdy morning: 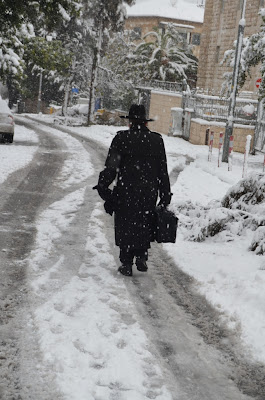 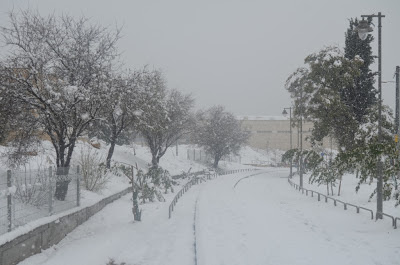 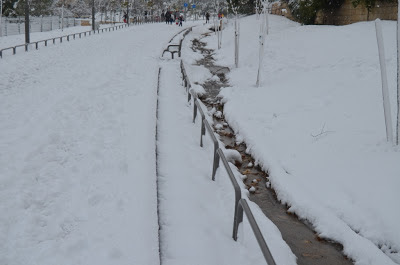 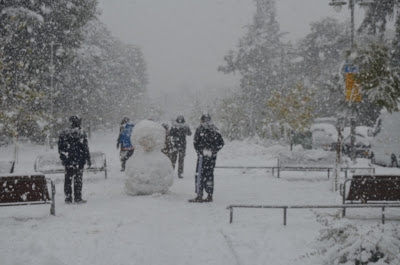 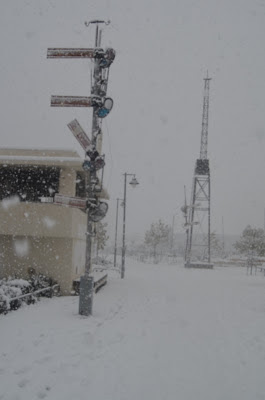 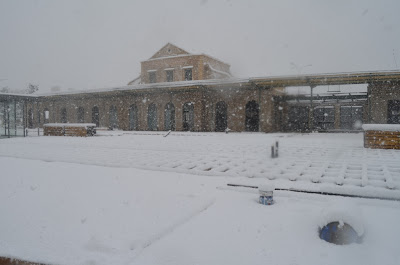 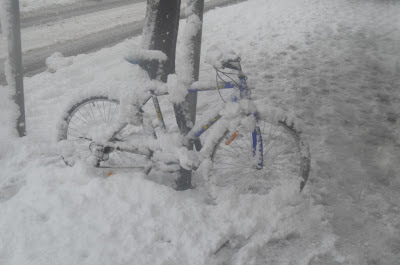 Posted by Yaacov at 3:54 PM No comments:

Review: Where Have All the Soldiers Gone?

I do hope to get more reading done in 2013 than in 2012. The best way to do this would be to stop wasting time on the Internet, of course: so here's a book review on the Internet.

Last night, a few hours before the end of 2012, I finished reading Where Have All the Soldiers Gone?: The Transformation of Modern Europe

by James J. Sheehan. Sheehan looks at the disappearance of armies and soldiers from the lives of Europeans, and wonders where they all went. Indeed an important and intriguing question, along with its cousin: are other nations following suit? Is Europe, in other words, a harbinger or an outlier?

Unfortunately, the book demonstrates all too well the reasons historians need to stay away from journalism. Their tools need perspective to work correctly, and without it they (we) are little better than journalists but without the flair for vivid descriptions. His book is divided inot three sections: 19th century until 1914; the interwar period, and post 1945. The first is easily the best.

Sheehan's thesis in the first section of his book is that the modern nation-state was based on the military. Some nations were forged in war, quite simply, but even those that weren't had strong military strains embedded in their basic structure, from the ubiquitious memorial to the fallen soldiers in the center of each town or village, to the enormous expenditure neccessary for the upkeep of an army, to the logistical, administrative and legal structures developed by society to be able to field their military machines. These capabilities were what made a modern nation state.

Yet parallel to the rise of the militarized nation, there was also a rise of political pacifism. This did not include the relations to imperially-controlled colonial populations, but within the polite society of Europe pacifism was a growing trend around the turn of the century; the Hague Conventions are a creation of this seemingly universal wish for peace.

The pacifism didn't survive the beginning of war in 1914 - if it had lasted even until then, given the series of skirmishes which preceeded the Great War.

My main reflection upon reading this section was that even then it was a mostly European phenomenon. Europeans of the time speaking different languages, indeed, but sharing Christianity and a broad cultural similarity. A farmer in Ohio and a farmer in Afghanistan have precious little in common; Europeans of the early 20th century, for all their differences, had quite a bit. Unremarked, perhaps, the pacifism was already then predicated on a broad cultural and political and religious commonality.

The second section deals with two world wars, though in brief - about 60 pages in total. Not enough to learn much about the wars, and rather a bit too long for to say that the wars were ghastly, the first much so, the second very much so.

At the begining of the third section Sheehan makes an interesting point. Post-war Europe was divided between the domination of two external systems, Soviet inspired (and often directed and ruled) Eastern Europe, and American subsidised West Europe. Improbably perhaps, the European nation states, having been intermittanly at war since their inception, were now unable to wage war or even to prepare for it in an independant way. So they unlearned the art and let the super-powers get on with it; the super-powers, however, now having both acquired the capability of destroying the world, eventually began to unlearn the habit themselves.

Personally I had expected to read more about European exhaustion after the 20th century's 30-Year-War, and perhaps how it has played out in other spheres of life, too. Yet as I said, this section lacks a broad perspective, and instead focuses on specific negotiations within the EU, which resulted in documents which may be held to highest esteeem in 500 years, and may be forgotten forever by next week. It's too soon to know.

Inevitably, I won't finish this review without mentioning Israel (which seems never to be mentoned in the book). Sheehan shows how first Western Europeans relinquished their colonial empires because they were no longer worth the hassle, and then later the Soviets did the same. Which suggested to me how very odd, then, in the eyes of such populaces, must the warring societies of the Middle East seem, and how totally outlandish; this said in a derisory tone, not in curiosity, say. Arabs are one thing, not ever having been part of the European world; but the Jews? What do they possibly think they're doing, what with all that determination to use force to defend goals. Such old-fashioned behavior, don't you think? No self respecting European would behave that way.

Update: then again, maybe I'm being churlish about the Europeans.
Posted by Yaacov at 9:50 PM 3 comments: