Dawn and Midnight, Summer and Winter

Here are two sets of pictures. (Click and you should see them enlarged)

Kaffit on Emek Refaim at dawn on a hot September day, and the same place at midnight last Thursday. And then, Rachel Immenu (which is around the corner), at the same dawn (looking west you can see the mornings sunlight on the clouds) and at the same midnight (looking east this time). 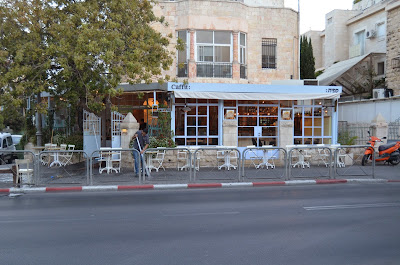 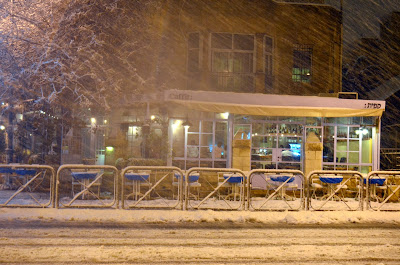 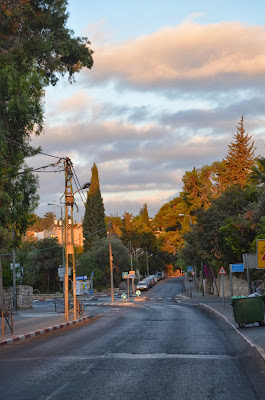 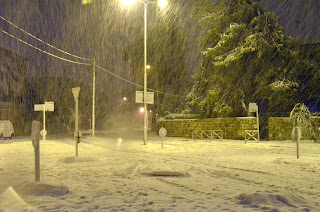 Posted by Yaacov at 5:11 PM No comments:

Two and a half years ago I mostly shut down this blog, except for the occasional foray, and took the position of Israel's State Archivist. One can't be a civil servant and run a political blog; and anyway, as time was to prove, there was precious little time to do much blogging anyway.

Newborn people require about two years to get a grasp of language. My experience has been that two years is often the amount of time it takes to understand other things, too. Most presidents need about that long to figure out their new job, for example, though the media loves to overlook the fact for better or worse. In my case, it took almost exactly two years for me to understand the system enough to launch my bid to change my part of it, and then another four months to cajole the surrounding environment to support us. Last month the Cabinet passed decision number 911 (no mystical significance) which effectively re-invents the Israel State Archives, along with some other bits of the environment too.

In an nutshell, the decision and its accompanying budgetary decisions says the following:

The State Archives must become digital in the full meaning of the term, and thereby put all possible documentation in the hands of the broadest possible public. This is to be done on six main tracks.

1. Identify all the historically significant documentation produced by the entire government and bring it (or a copy there-of) in digital form to the archives. (This is trickier than it sounds).
2. Scan the entire collection of paper documentation accumulated in the ISA so far (at a rate of 2 million pages a month this will still take decades).
3. Preserve the digital documentation for posterity. (Think about this for a bit and you'll see why it's such a major challenge for archives worldwide).
4. Catalogue and declassify the collections. (There's a sad story behind this one).
5. Make all that boring bureaucratic stuff fascinating for the general public.
6. Pay for the entire thing by making the government stop storing paper. (The budget of the ISA has been significantly expanded, but the money has to come from somewhere).

So was it a good thing I stopped blogging (assuming you were of the small group that thought it was a worthy thing to be doing in the first place)? I hope so.
Posted by Yaacov at 4:43 PM 2 comments: