Haaretz runs the story about the State Comptroller's report this week in which he found that consecutive municipal administrations turned a blind eye to illegal construction in Silwan, the area the present mayor Nir Barkat is trying to legalize while running into international condemnation. Interestingly, the many left-wing Israeli organizations whose Twitter accounts I follow haven't been tweeting about this, a story where the law seems to be solidly on the side of the bad guys, you know...

Some day I'll write at length about this complicated story, in which no-one comes out looking good. In the meantime, however, here are three aerial photos of what was once a public garden with lots of nice trees and is now a cluttered neighborhood, and I'll leave you to ponder if any municipality anywhere in the world is supposed to be happy when residents simply build houses in the middle of a park until there's no park left. 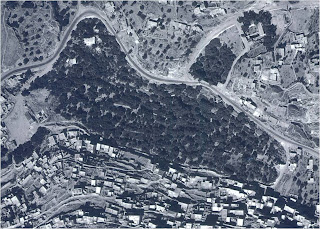 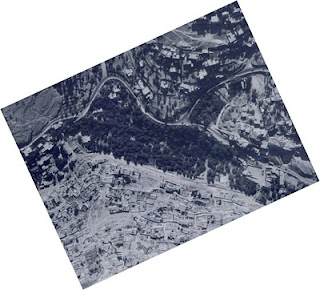 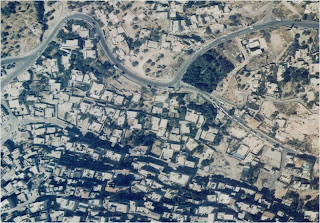 Yaakov, where can I get aerial pictures of East Jerusalem from 1967 or before? I have been looking for that, since the Arab part of the city was so small in 1967, and suddenly "it must be the capital of Palestine".

Great post, Dr. Lozowick. Stuff like this--concrete pictures that show dramatic changes--are really one of the best ways to get people's attentions. Thank you!

"Here are two facts that might jolt your perception of current tensions in the Middle East. The first is that the empire which, at its height, had more Muslim subjects than any other empire ever – counting as subjects over one in three of the world’s Muslims – was the British Empire.

The second fact is that at the end of the First World War, Britain had more than a million soldiers in the Middle East, and in the years immediately following it cut up the map of the region into the shape it bears today, creating entirely new countries in the process and putting its nominees and clients into power in them."[...]