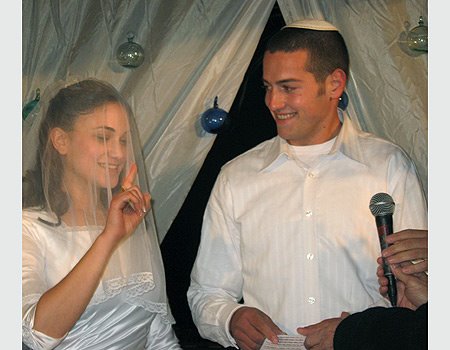 Back in January 2009, when this blog was still active, I began following the story of Aharon Karov, a young infantry lieutenant who was called to his unit less than 12 hours after his wedding and sent to battle in Gaza, where he was critically wounded. At the time the doctors didn't expect him to live. (My previous post on him, with links to all the previous ones, is here).

Today's edition of Makor Rishon (Hebrew, not online), tells that he and his wife Zvia now have two children, a 3-year-old girl and a 2-year-old boy, that he's studying at university, and that he's flying to New York this week to run in the upcoming New York Marathon.
Posted by Yaacov at 11:00 PM

Email ThisBlogThis!Share to TwitterShare to FacebookShare to Pinterest
Labels: The Human Condition

For an inactive blog, there's been a lot of activity lately.