Living and Dying in in Divided Jerusalem

Jewish cemeteries are fascinating places. I was in one this morning, and noticed this gravestone. 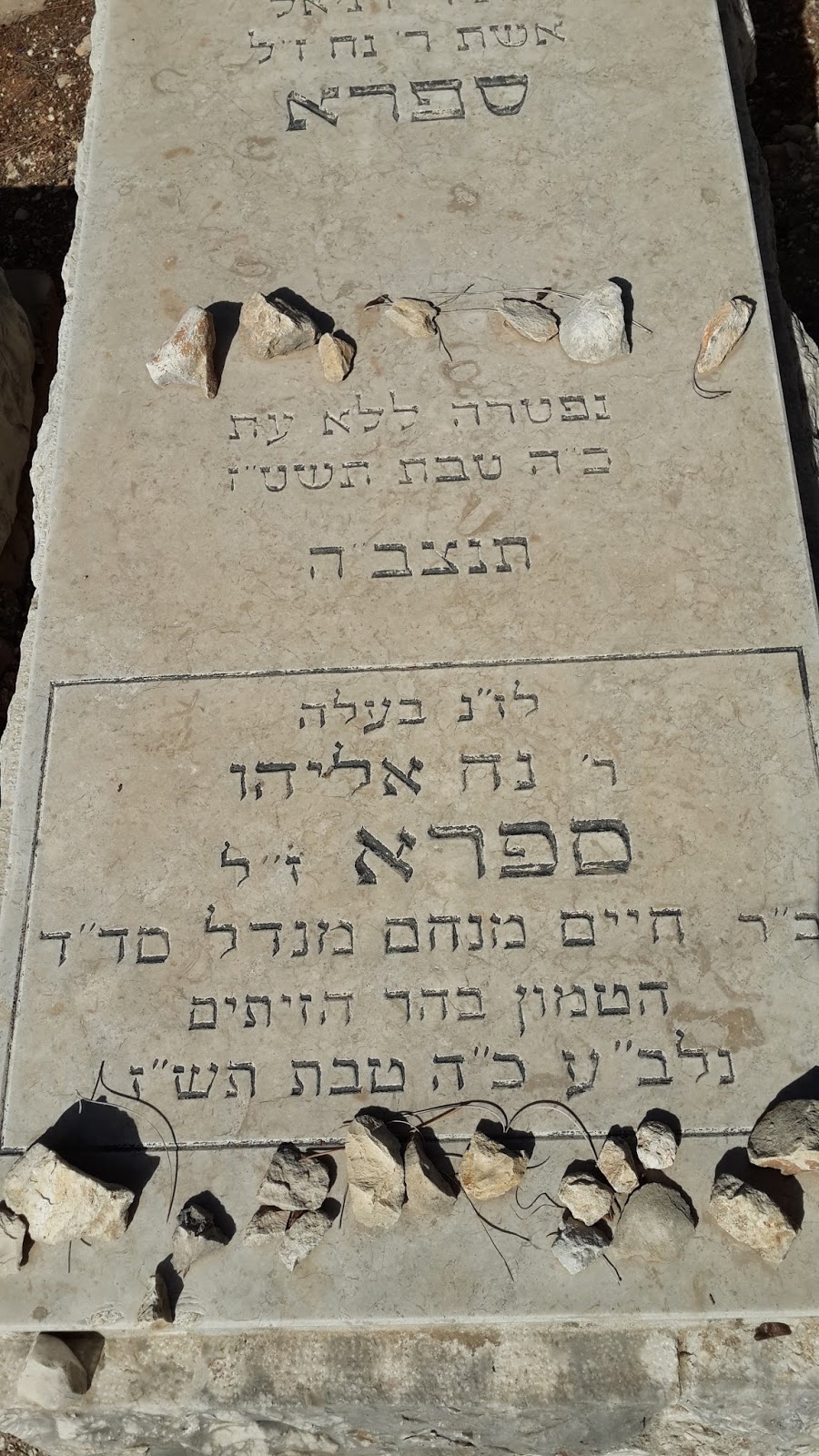 It's the final resting place of Chaya Sarah Safra, who died in the winter of 1957, nine years after Jerusalem had been divided. In all those years she had not been able to visit the grave of her husband, Noah Safra, who had died ten years (to the day!) earlier. He was buried on the Mount of Olives, which in 1957 was in Jordan. Her family buried her in the main cemetery of West Jerusalem, Israel.