I took this snapshot recently near the Israel State Archives (you can see a sign pointing to us in the upper left). It shows the sign on a truck advertising the driving school from which it hails: Hanan's Driving School.

In Hebrew and in Arabic. Hanan is an equal opportunity fellow. He'll teach whoever pays him to learn how to drive a truck. There are lots of folks in Jerusalem who speak lots of languages, but he advertises only in the languages of those who are likely to want to drives trucks. Hebrew and Arabic fit that bill, so those are his languages. Not Russian (they speak Hebrew by now), not French or English (they probably don't speak Hebrew well, but nor do they drive trucks), not Yiddish ('bal-agulehs' are an extinct breed). Hebrew and Arabic. 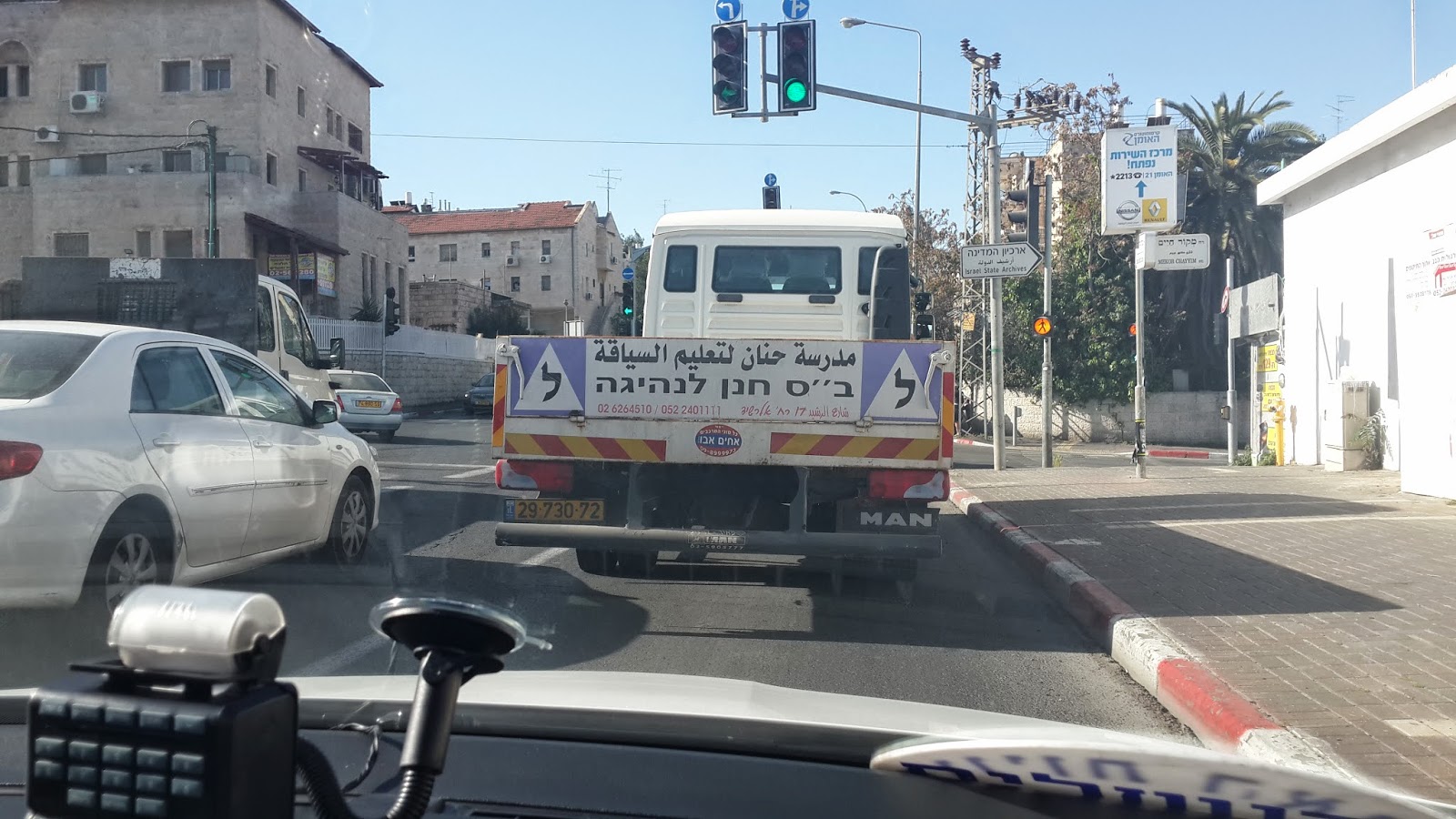 Oh by the way: the sign directing traffic to the Israel State Archives is in three languages: Hebrew, Arabic and English, in that order.
Posted by Yaacov at 4:39 PM

So the location of the archives is no longer a secret?

Different building. The sign directs to the offices & reading rooms, not to the place you once visited.