Is the $15BN sale of Mobileye to Intel anything to celebrate? 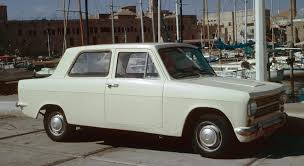 Earlier today we were told that technology giant Intel is about to purchase one of Israel's largest tech firms, Jerusalem-based Mobileye. The initial reaction in Israel was one of glee. During the afternoon I had the opportunity to talk with a fellow who understands more about the matter than most of us, and he didn't seem unequivocally exuberant. Here's the gist of what he had to say.

The Sale of Mobileye is a Good Thing:
1. Great for the tax man. If you assume balancing the budget is good for everyone, injecting a billion $ into the treasury coffers from somewhere else is fine.
2. Great for the ego. Somebody just forked out $15,000,000,000 for the brainchild of some of our neighbors, what's not to like?
3. A whole bunch of locals are going to get dollops of dollars in their bank accounts.

The sale of Mobileye may not be such a Good Thing.
4. Until this morning, Mobileye was a Jerusalem-based company with hundreds of employees, most of them probably reasonably well-paid. Selling to a foreign firm could mean that down the road the new owners pull out whatever they can, knowledge and talent, and Jerusalem will have one less successful employer.
5. The buyer, Intel, used to be one of the world's top 2-3 tech giants. Then it missed a couple of important developments, such as the rise and spread of smartphones, and nowadays it's still very large but not very-top-tier.
6. More worrisome, Intel does not have a good track record of moving into new fields beyond its original core business; driver-less cars look a lot like a new field beyond its original core business.
7. Most regrettable: until this morning Mobileye was one of the very few Israeli tech firms which was bucking the Israeli tradition of inventing something Really Cool and selling to a larger, non-Israeli firm which then makes long-term profit off the original idea. Many of us think it's time some of these brilliant Israeli start-ups should stick around and become a successful Israeli giant. Mobileye was on our short-list; and now it's off.

The sale of Mobileye is a bit odd:
7. Since 2014 the company has been on the NASDAQ. Moreover, many of the worlds` leading car companies have been beating tracks to its doorstep. Why buy back the stock and sell to some other company? The valuation of the present sale is higher than the NASDAQ value, but still?

So, my interlocutor hazarded the following explanation.
8. The industry of driver-less cars is heating up, and looks like it's on its way to being a multi-trillion $ field; as such it's going to attract everyone and their cousins. Mobileye is well placed at the moment, but with everyone else pouring in, it could be forgiven for being a wee bit apprehensive. Intel is way bigger, and perhaps it's more likely to survive among the giants if it's part of a giant itself.

Which brings us back to the original question: seen from the perspective of Jerusalem and Israel, how good is this transaction. Having rained on my parade for a few minutes, The Fellow then drew an optimistic scenario:
9. Intel already has a large presence in Israel, including one block away from the Mobileye offices. It knows how to make the best of what Israeli tech has to offer. So it won't have any particular incentive to extract what it can and go elsewhere. If acquiring Mobileye proves to be part of a successful strategy to migrate into a new field, and a gigantic one at that, of driver-less cars, Jerusalem may end up a very important center of development for that field. Now that would be something to kvell about!

Postscript: those of us Israelis old enough to remember President Jimmy Carter can tell that Israel once had a car industry of its own - well, sort of. There was a factory which produced local cars called Susita; their defining character was that they were made of cardboard. Honestly. Well, if not cardboard, maybe fiberglass. They were light, cheap, came in two colors (Yellow-ish tan, and dirty yellow-ish tan), they crumpled upon impact with anything sterner than a cat, and they weren't exactly proof of our global industrial significance. We also remember, and will swear to the truth of the legend about the bored camel who once ate one of them in a parking lot in Beer Sheva. Here you can see an article in Hebrew with lots of pictures of the last few specimens, which have survived into the 1980s and beyond because they have crazy owners who feed them chicken soup every evening. The article, from 2013, includes pictures of a camel who was brought to the annual meeting of Odd-Owners-of-Susitas, and the contention is that since the 2013 camel refused to eat any of them, the original story must be false. Hmmpf, I say.

Seen in this context, today's story about Mobileye is science fiction, no less.
Posted by Yaacov at 9:17 PM

I seem to remember light blue and hospital green susitas as well. Maybe people painted them by themselves