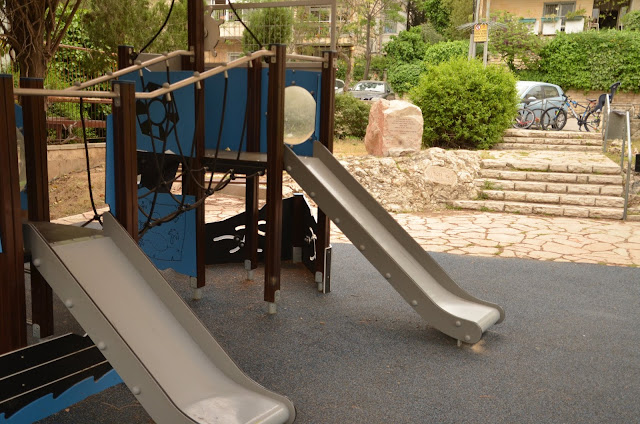 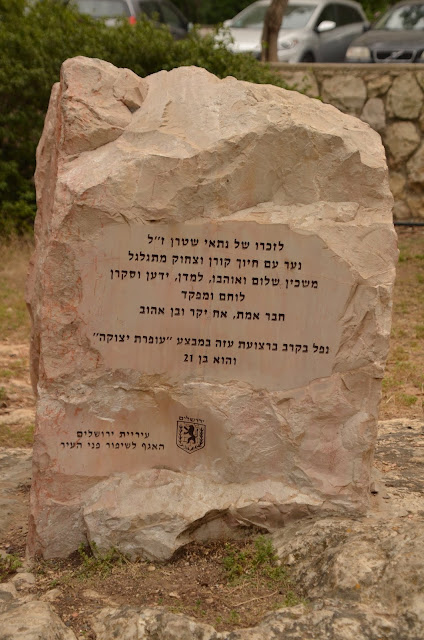 I have a grandson in Israel, age 3 1/2. I read this and was deeply moved, as I thought of what his parents will have to think about in the future. Now he is just the kind of little boy who will enjoy going down a slide like the one in that picture, but 16 years from now it will be another story. You have helped me, a Canadian savta, understand what life is like as lived by Israelis. Thank you for expressing it so beautifully, and so poignantly.