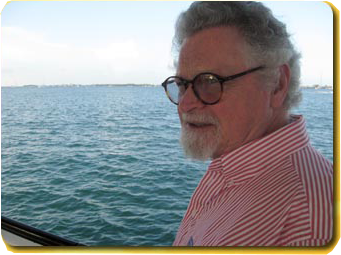 My favorite story about Brewster Chamberlin tells how we came to be friends, and how it wasn't obvious we would. In 1993 I was appointed director of the archives at Yad Vashem. A few years earlier Brewster had been appointed to set up the archives at the United States Hololcaust Memorial Musem (USHMM) in Washington DC. So you might say I inherited him as my American counterpart, but of course it was trickier than that.

Yad Vashem was founded in 1953 when Israeli Shoah survivors and politicians were spooked by the intention to create a Holocaust Museum in Paris, at a time when there was no such instituion in Israel. Organizational memory being what it is, it wasn't surprising that the Carter Administration's intention to set up a large Holocaust Museum on the National Mall across the street from the Washington Memorial was greeted with some consternation in Jerusalem. By the time I arrived, the two instituions were pretending to collaborate but looked mostly like two wary cats circling each other and spitting.

The two archives were notionally sharing efforts to identify and microfilm archival collections in European archives, so that each would send teams and funds to different archives, and then they'd exchange copies of what they'd filmed. In reality the collaboration hadn't been smooth. My predecessor, Dr. Shmuel Krakowski, was a fine man (my Hebrew-language obituary of him is here), but he and Brewster came from different worlds. Krakowski was a Shoah survivor, then a staunch communist officer in the postwar Polish army until he was purged in the antisemitic wave of 1968, at which point he made his way to Israel, where he was competely cured of his communism while adding yet another layer of skepticism. Brewster was a straightshooting WASP. He and I started out wary, because that was the setup, but soon recognized each other as fellows who don't do bazzaar haggling. Our reports to each other were sincere, our intentions to live up to the terms of exchange were candid. We spent six or eight years doing our best to collaborate in good faith, until Brewster left the Museum and was replaced by an Eastern European Jew who had grown up under a communist regime. He used to send me long professions of brotherly friendship and comradely allegience, but never once was I convinced that I should believe a word he was saying.

This all happened 20 years ago. Not long after he departed the Museum and went to live on Key West, of all places, Brewster sent me a small booklet he'd published called A Piece of Paris, which he intended as a chapter from a longer book about Paris. It was a whimsy but wonderful travelogue about the 14th Arrondissement of Paris, containing a cafe-by-cafe description of which artists poets or authors frequented which locale, what they did there, who else they met there, and what cultural significance each nook and corner had. Clearly his years being an archivist of the Holocaust had never been his only interest in life; indeed, his ability to walk away from a decade of professional effort now seemed more a determination to spend his years doing things that gave him pleasure than a professional abdication.

So we stayed in touch. Some years later I left Yad Vashem. Of all my many colleagues and friends, I stayed in touch with a mere handful, and lost contact with all of my erstwhile coleagues at the USHMM. Meanwhile, Brewster would send me lively, detailled and richly informative descriptions from trips to southern France (art culture and wine) or from summer seminars in Greece. He churned out a long list of books which tended to reflect the breadth and depth of his cultural and historical erudition. (And of course he tracked down Hemingway stuff, what with living on Key West). Some I read, tho I admit I was too busy to get to them all. From time to time he would send me a brown envelope with cuttings from the NY Times, or the New Yorker, or wherever, on Jewish matters, or German-Jewish issues, or interesting book reviews. "Abba", my daughter used to say, "who is this friend of yours who reads real newspapers and sends you clippings?" The last envelope he sent was on September 17th this year, and it's still on my desk even tho I've already responded to it. Recently I must have written something about Van Gogh and southern France, and in response he sent me this link. I  wrote back that Van Gogh would have loved it, had he lived to be 150.

Brewster once told me he was a descendant of Elder William Brewster, the religious leader of the Mayflower community. Which means his forefathers had been in America for hundreds of years as the Europeans developed modern antisemtism and persecuted their Jews. Not only was he undecipherable to Krakowski; he dedicated some of his years to dealing with Europe's demons out of what I imagine must have simply been a fundamental decency: it wasn't his story, but it was an important story, so it behove him to face it.

I will miss him, but I'm glad I knew him, and am honored that we were friends. Hopefully now he's introducing himself to the sprits of all those departed artists and characters, and having a beer with Ernest H.

His website is here, and includes the full list of his books, not including the ones he was still writing all the way to the end. Choose one and order it. You won't be sorry.

It's a bit difficult to write in Hebrew when one has no control over punctuation...
I still hope that you are able to read it.